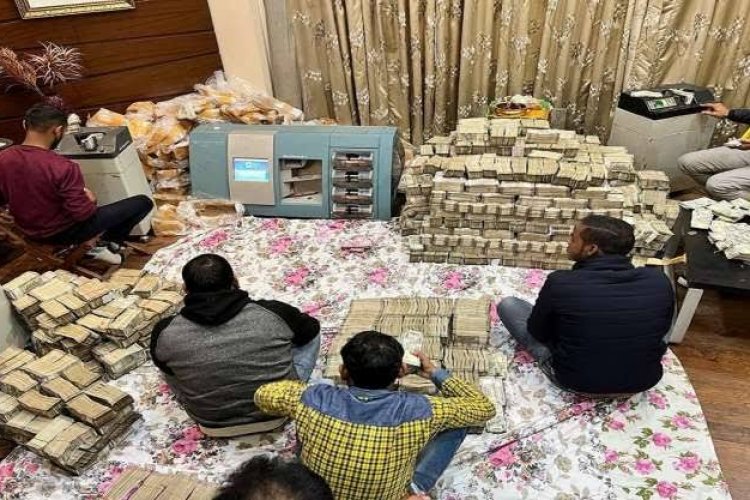 What happens to confiscated assets and money when income tax evaders raid?

Do you know when the Income Tax Department conducts searches, what do they do at that time, and what happens to the money they have confiscated?

Many photos are going viral on social media, in which it is seen that a lot of money was confiscated during the income tax raid. Such pictures often come, in which it is shown that a lot of money, gold, etc. were found during the tax raid. In Income Tax Raid, agents raid and investigate fake properties. You must also have seen in the movies what happens when income tax agents hit Raid?

But, today we tell you that when in reality the income tax officers go somewhere to check, then how do they act. Also know how the money is confiscated and then what to do with the confiscated money?

How is the search operation carried out?

An officer from Jaipur in Rajasthan, retired from the income tax department, said based on his experience that it was first necessary to decide who was a suspect and who should go to the raid. After that, a search warrant is issued under the direction of a senior officer. Then, a search team is formed.

The search party does not know where to go and the identity of the next person is kept secret. At the same time, the location is not indicated to prevent information leaks. Then, later, additional information is provided in a sealed envelope.

How does the operation actually take place?

There are different numbers in the research team. Then the team comes and gives a search warrant. After that, when the search operation continues, no one is allowed to leave the premises. These people also cannot use the telephone, etc. and cannot talk to any strangers. By the way, officers can make other decisions depending on the situation on the spot. If a person also needs to go to the toilet, it is necessary to obtain permission from the income tax officer. Sometimes the search operation takes a long time, so the kitchen can also be used for food and drink.

How are assets confiscated?

There are also many rules for confiscating property from the person where the raid is being carried out. While checking the computer, etc., they take the system hard drive with them and confiscate hair, jewelry. Then the goods that are confiscated, their information is also passed to the next party and then it is checked. Statements are also saved after the search operation. Apart from this, if a commercial establishment is raided, the goods intended for sale are not confiscated.

What does the income tax department do with the seized money?

If we talk about confiscated property, the income tax department first deposits this money in the bank. In these accounts related to the commissioner are also included. After that, all land revenue, etc. is checked and after that the tax is calculated which also includes the penalty etc. Then the tax claim is calculated and re-fixed in court and the balance payment is refunded.

(Disclaimer:- The working style of the income tax department is not normal every time. The same action need not be taken each time. The information given in this report is the experience of a single officer. The procedure of the department is also different. Maybe possible.)

How to know if you are eligible – NBC Chicago