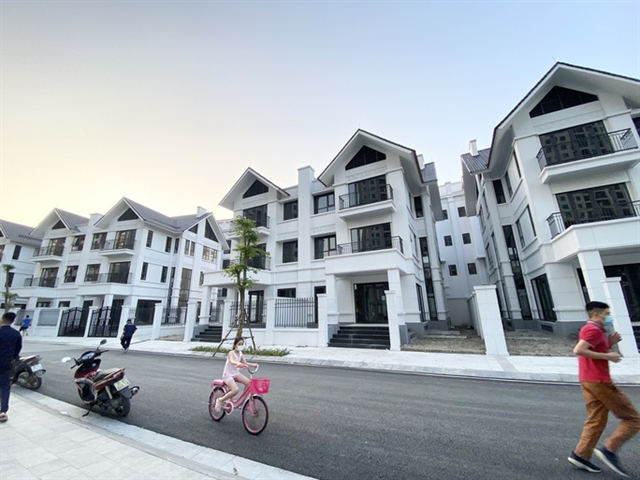 A tax on real estate assets will be considered as the government aims to prevent speculation and increase the efficiency of land use. Photo chinhphu.vn

HÀ NỘI — Việt Nam will study the imposition of a tax on landlords and increase property taxes to prevent speculation and increase the efficiency of land use, as part of a comprehensive tax reform strategy to 2030 which was approved on April 23.

This tax was also mentioned in the financial strategy for 2030, approved in March.

The proposal to impose a tax on second home assets emerged recently amid concerns that property speculation could cause the market to overheat. In response to this, the Ministry of Finance denied rumors that it was drawing up a Property Assets Bill as experts said now was not the right time as it could hurt the property market and the economy. economy affected by COVID.

Housing taxes would also be explored to promote efficiency in the use of land and houses, prevent speculation and ensure reasonable revenues to the budget.

Another strong point of the tax reform strategy was to provide corporate tax incentives to small and micro enterprises.

Incentives for the exemption and reduction of corporate income tax would be reviewed and those no longer in line with development and integration requirements would be modified or removed.

Tax policies would also aim to attract foreign investment by emphasizing quality rather than quantity.

Personal income tax would also be reviewed with a view to changes in tax rates to ensure adequacy with taxable income and conformity with the nature of each type of income.

A roadmap to increase the special consumption tax on tobacco, beer and alcohol would also be considered.

For export and import taxes, the number of tax rates would be reduced to simplify import-export tariffs, from the current 32 to 25 in 2025 and 20 in 2030. In addition, policies Import and export taxes would also promote exports, increase value added and limit the export of raw materials and resources.

Fiscal policies on natural resources and environmental protection would also be reviewed as part of the reform strategy.

During the 2021-25 period, tax policies would focus on supporting businesses and residents to overcome difficulties and resume activities and production after the COVID-19 pandemic.

The strategy aimed to establish a modern, streamlined, transparent and efficient tax management system, as well as the application of information technology and the simplification of administrative procedures to reduce compliance costs for businesses and residents. . —VNS

Your questions – Income tax: No HRA tax benefit if only the spouse stays in the rented accommodation