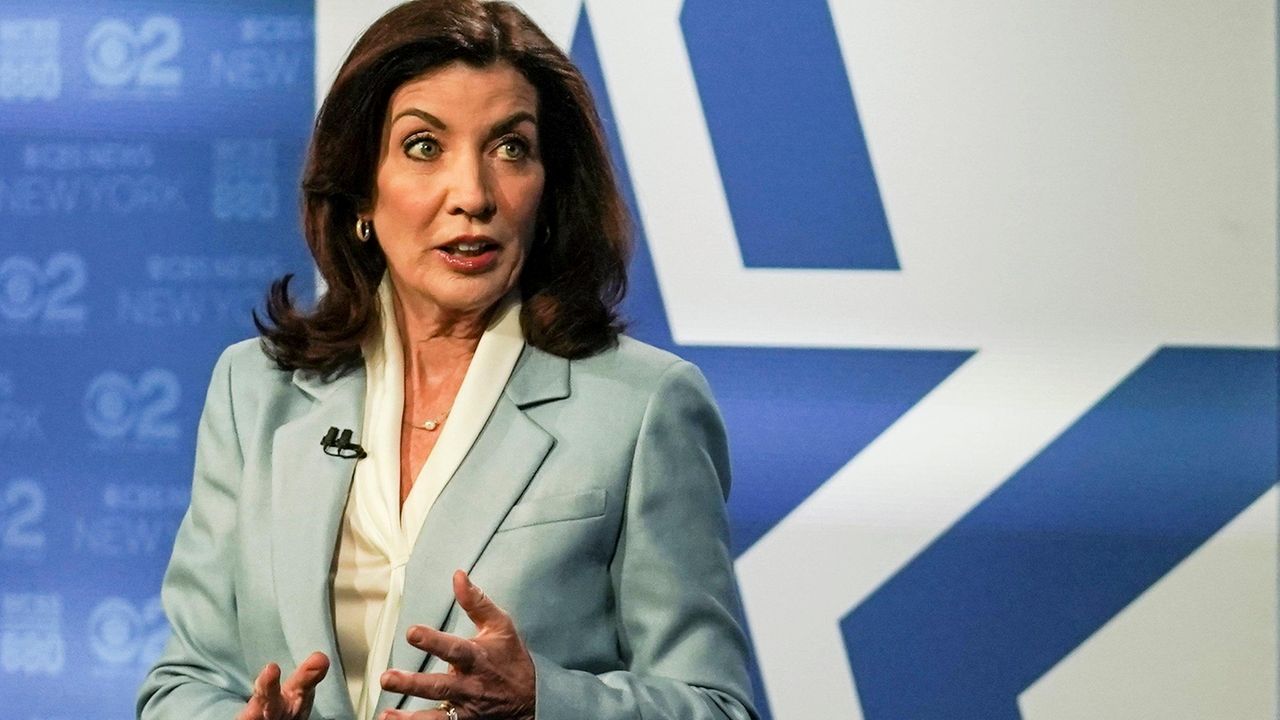 ALBANY — New York state homeowners with household incomes of $250,000 or less are starting to receive new tax refund checks worth hundreds of dollars.

The checks were authorized in the $220 billion state budget passed in April. The state legislature and Governor Kathy Hochul have suggested New Yorkers could use the checks to help pay their local school and property taxes, which in Long Island and Westchester are among the highest in the state.

The checks are a one-time benefit and are in addition to STAR property tax refunds, most of which will be issued again beginning in September.

Homeowners will automatically receive the 2022 Homeowners Tax Refund Checks. They do not need to apply. Most of the 2.5 million checks will be mailed in June and will total $2.2 billion, according to the Tax and Finance Department.

To be eligible, an owner must:

A taxpayer can view their check amount on a state portal at https://www.tax.ny.gov/pit/property/htrc/lookup.htm.

The actual amount each person will receive will vary based on a number of factors, such as city and school district. No rebate checks with a value of less than $100 will be issued.

The checks — like other tax refunds — were to be mailed out starting in the fall, but the Hochul administration decided relief should come to New Yorkers sooner during a time of rising prices. gasoline and inflation.

According to the state’s schedule, most checks should be delivered before the June 28 Democratic primary.

The mailing to homeowners begins with: “Governor Hochul and the New York State Legislature provide you with this Homeowners Tax Refund Check.”

“Governor Hochul has worked with the Legislature to secure tax relief for New Yorkers in the state budget, and in light of rising costs and national inflation, the Department of Tax and Finance has worked to provide these benefits to eligible homeowners as quickly as possible and without delay, providing relief at a time when so many New Yorkers are struggling,” said Hochul spokeswoman Hazel Crampton-Hays.

Historically, most refund checks have arrived in the weeks following the November general election. Govt. Andrew M. Cuomo and George Pataki have included their names in earlier mailings regarding tax refund checks.

When the school property tax relief program known as STAR began in 1997, the Senate Republican majority made checks a major talking point because they arrived weeks before the election.

“It’s good that people are getting checks,” said Rep. Tom Suozzi of Glen Cove, who is running against Hochul for the Democratic gubernatorial nomination. “She accelerated payments to bribe voters with their own taxes ahead of the Democratic primary.”

“What we need to do is cut taxes,” Suozzi said, calling the check an ineffective form of tax relief.

The Independent Citizens Budget Commission has questioned property tax refund checks, saying they “are not well-targeted relief programs”. The CBC said many of those most in need of relief do not own homes.

Michael Gormley has worked for Newsday since 2013, covering state government, politics and issues. He has covered Albany since 2001.

Dallas Increases Property Tax Exemption for Homeowners Over 65 or Disabled