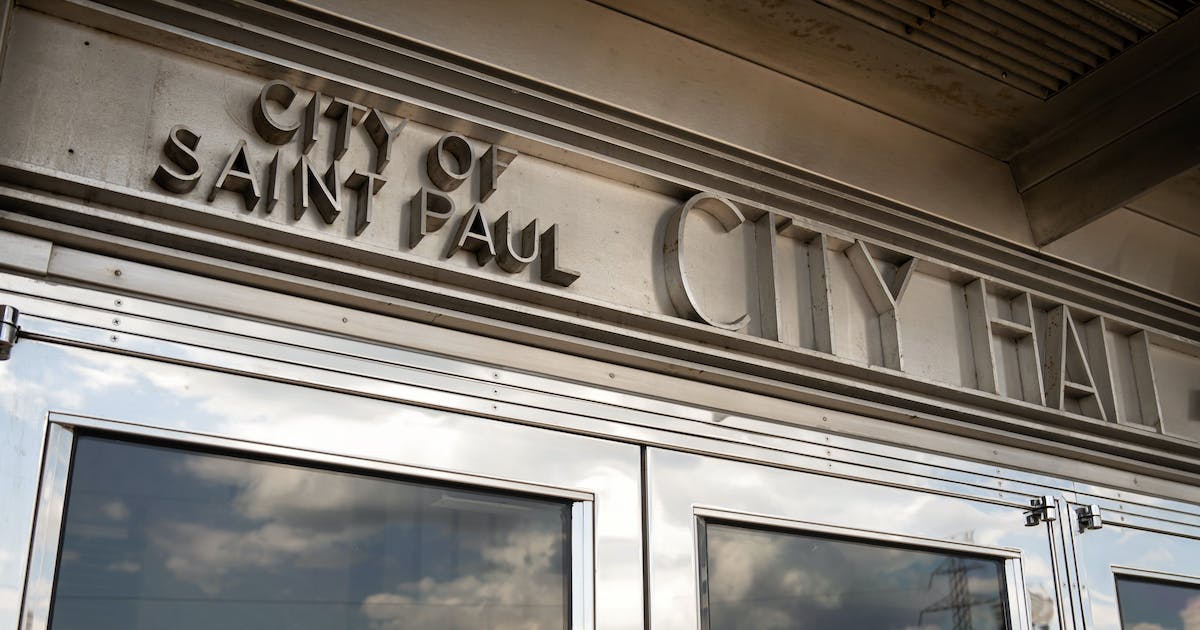 On Wednesday, city, county and St. Paul school officials heard a worst-case scenario for 2023 property taxes that would see widespread increases and harder hits for homeowners in large parts of the city. town.

The school district eased the pain somewhat by releasing a tax proposal on Wednesday calling for a 0.9% reduction in its levy. But that made only a small dent in the large increase expected when Mayor Melvin Carter in August proposed a 15.34% increase in the city’s share of the tax bill.

City council members pledged to work to reduce the rise after citizens began voicing concerns at a hearing last week.

“We don’t make a lot of money. We struggle,” said Patty Egger, a restaurant worker who has lived in the Como neighborhood for 40 years. “How am I going to pay my mortgage? How am I going to get by?”

St. Paul homeowners can get a quick glimpse of next year’s potential tax bill due to a state law in the 1990s that created the Joint City, County and Schools Committee .

Half of the city’s tax hike is the result of a court ruling ordering St. Paul to stop assessing property owners for routine maintenance of streets adjacent to their property. Carter proposes transferring most of these costs to the general fund.

This means that property owners would see the city’s share of the tax bill partially offset by a decrease in their street maintenance costs.

Areas that could be hardest hit due to increases in value include Frogtown, Hamline-Midway and the East Side neighborhoods of Dayton’s Bluff, Payne-Phalen, SunRay-Battle Creek-Highwood Hills and the Greater East Side.

Median-value homes in the Payne-Phalen, Dayton’s Bluff and Greater East Side areas would see a property tax increase of about 20% if the city, county and school district approve their respective levy proposals in December.

Only one neighborhood – downtown – would see owners of its median-value residential property benefit from a tax savings.

Corey Erickson, Ramsey County’s acting assistant assessor, told the panel that residential properties in St. Paul have also increased in value at a faster rate than commercial properties, leaving homeowners to bear a greater share of the tax burden. .

The school district relies on calculations and authorization from the Minnesota Department of Education to set its tax, which is about 22% of its revenue. This year, the district’s ability to raise operating funds is partially hampered by declining enrollment. In addition, he sees a drop in the funds needed for pensions and other social benefits.

At City Hall, Council Speaker Amy Brendmoen said last Wednesday that she was willing to support Carter’s levy proposal in a preliminary vote, but added that she would work hard to make lower the number.

“We’ve heard people… say they’re in pain and struggling and trying to make ends meet, and we understand that,” she said.

Board member Jane Prince said: “For low-income homeowners and those on fixed incomes, these increases are simply not sustainable.”

Ward 1 resident Karen Cox was among the citizens who addressed the council.

“All of us in this crowd, I’m sure, have had to cut our budgets, but I don’t see any cuts on this list,” she said. “Your citizens of St. Paul have limits. And if you haven’t noticed what the world is like, inflation is killing us. And it’s going to destroy us.”

Homeowners will receive tax notices in November detailing the potential impact of the levy proposals on their individual tax bills.