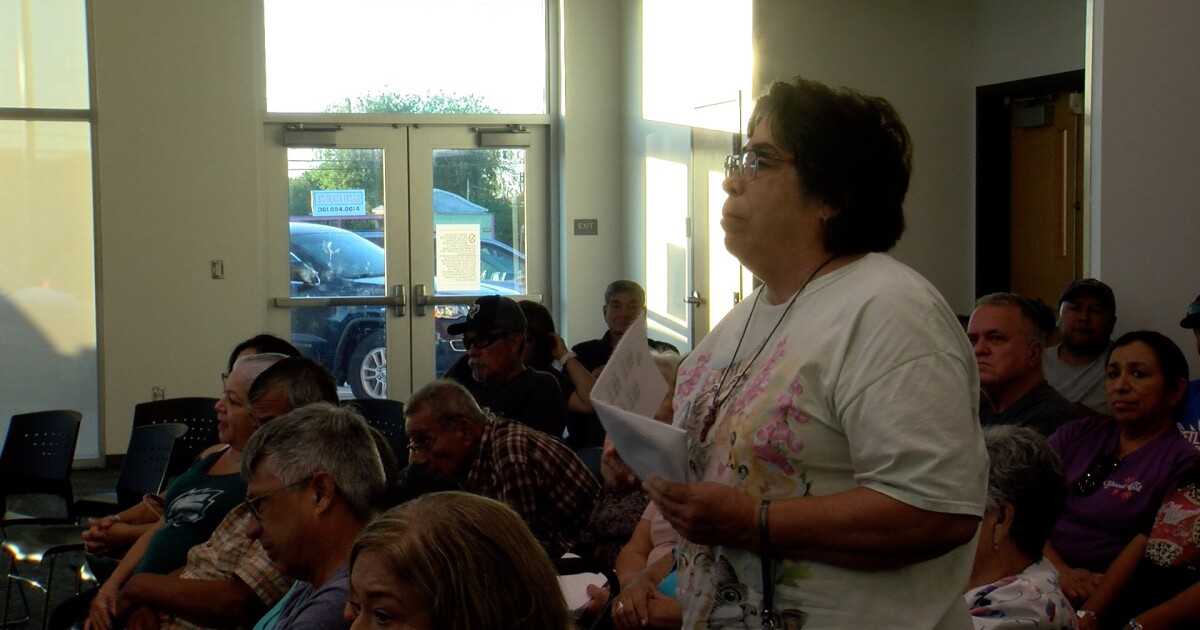 CORPUS CHRISTI, Texas — It was a contentious night at the Gregory City Council meeting. An unusually large crowd attended the meeting to voice their disagreement over the property tax increase.

The order reduced the property tax increase from 0.74 cents to 0.80 cents, but not before a heated public hearing. The city council and the CPA they pass through have tried to explain how this is beneficial to residents.

“As the tax rate goes up, we’re getting rid of fees, capital improvement fees,” said Ernest Garza, city-hired CPA. This will be a compromise for most (all of you).

By waiving the capital improvement fee, residents would save $180 per year. In a breakdown given to participants, someone who owns a $100,000 home would pay $924 a year. With the changes, they would pay $801.

One of the main arguments from residents is that Gregory has a large population of seniors on fixed incomes, believing they cannot afford tax changes.

“The poverty rate here in Gregory, you know what that is? 31.9 percent. So out of 100 people you have 31, 32 people below poverty,” resident Dominic Hernandez said addressing the city council.

Residents did not seem to accept the explanation that they would save money.

The conversation evolved into complaints from residents that the town has seen no growth. If property taxes go up, they want to see changes in the city.

City administrator Tony Cano says the projects are aligned. A resident questioned the changes because she has not seen or heard of the start dates for public works and city infrastructure projects. Cano is adamant change is coming.

“We will live and die and the streets will be the same. We have to do something,” he said. “And it takes time, it takes time. You can’t come and do this in three months.

Another argument was, why can’t the city keep taxes where they are and get more subsidies?

“Even if it’s a grant, you still have to find a part to match,” said Norma Garcia, city clerk.

When residents asked why Gregory’s property tax was higher than Portland’s property tax, Garcia explained that Portland got much more from sales tax than Gregory. Gregory is primarily a residential town.

The city council also approved the budget for the next fiscal year.