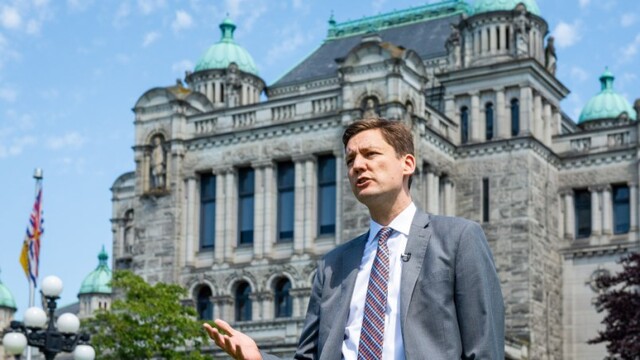 BC’s NDP government introduced three new tax measures during its first term and Statistics Canada now says there is some data pointing to a corresponding chilling effect in 2018 and 2019.

New homeownership data from Statistics Canada shows that taxes and government policies imposed by the BC government in 2017 and 2018 coincided with less speculation and an increase in first-time home buyers .

In British Columbia, the rate of first-time home buyers increased by 5.6% in 2018 and 2019 while repeat buyers fell by 10.1%, the Canadian Housing Statistics Program reported on Tuesday. in a report highlighting “inequalities” in housing.

The growth in the number of first-time home buyers over this period varied across British Columbia. The Kelowna area saw the largest increase at 31.1%; compared to Abbotsford-Mission at 13.4%, Vancouver at 6.1% and Victoria at 14.1%.

According to Statistics Canada, “The decrease in the number of repeat buyers in British Columbia came about following the introduction of provincial legislation aimed at cooling the real estate market, which may have deterred existing owners from moving or relocating. ‘invest in other properties’.

The report notes an additional property transfer tax on homes sold for more than $3 million, a new speculation and vacancy tax aimed at shifting homes to the rental market, and an increase in the tax on buyers foreigners from 15% to 20%.

Such measures were introduced by Attorney General David Eby, the minister responsible for housing, and then finance minister Carole James in the NDP government of British Columbia.

How big is the wealth gap between upper-tier and lower-tier owners?

The report notes that British Columbians who own multiple properties account for almost a third of all housing stock in the province.

Data from the Canadian Housing Statistics Program show that multiple owners represent 15% of all owners in British Columbia and own 29% of all properties.

Measured by home values, those who owned the wealthiest 10% of homes accounted for 29% of the sum of all residential property values ​​in British Columbia.