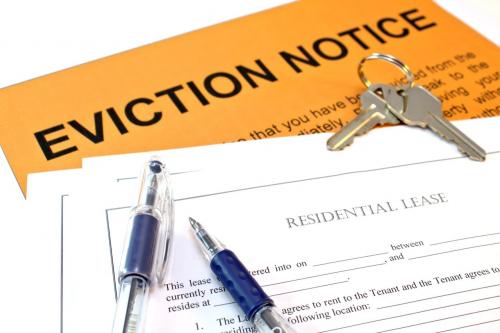 COVID-19 has taken many, many things, changed many other things, and brought many new things. One of the novelties brought by COVID-19 has been a whole series of tenancy disputes. Lease disputes – usually, but not always, tenants seeking a way out of a lease – are still part of the legal landscape, but the frequency and creativity of lease disputes has accelerated in recent times. As such, we will spend some time in our upcoming articles on rental matters. Today, we’ll look at a common area for lease disputes: property taxes.

It is a common feature of commercial leases – and it is a necessary element of a “triple net” lease – that the tenant pays all property taxes associated with the leased premises. In RME Management, LLC c. Chapel HOM Assocs., 251 NC App. 562 (2017), a commercial lease required – again, as is common – as follows with respect to the payment of property taxes by the tenant: “The tenant expressly agrees to pay all installments of taxes and ‘assessments which are to be paid by him hereunder when duesubject to such lessee’s right to contest in good faith such tax or imposition, provided that lessors’ title shall not be jeopardized by forfeiture, foreclosure, tax warrant sale or otherwise. »

Property taxes in Orange County, the situs of the subject property in RME Management, LLC c. Chapel HOM Assocs., 251 NC App. 562 (2017), are billed in July and, under state law, are “due and payable on September 1 of the fiscal year for which the taxes are levied.” To this end, stopping there, it appears that the lease imposes the payment of property taxes “on September 1”, as required by state law. But state law doesn’t stop there. He continues that property taxes are “payable at par or face amount if paid before January 6 following the due date” and only “[t]axes paid on or after January 6 following the due date are subject to interest charges”.

Over time, in previous years, the tenant paid property taxes after September 1st.

The landlord sued for summary eviction, which the small claims court dismissed. On the landlord’s appeal, the district court granted summary judgment for the tenant (yes, you can seek summary judgment on an appeal of a small claims case, such as an appeal of a summary eviction order), with reasoning based on state law and the course of transactions between landlord and tenant: “Here, the course of transactions clearly shows that historically the parties have not interpreted the lease as requiring that taxes be paid before midnight on September 1 of each year; they understood that the terms “pay” and “pay when due” had been used in their ordinary sense, rather than within the technical and literal definition requirements of [N.C.G.S. 105-360].

The Court of Appeal upheld the trial court’s grant of summary judgment, ruling that the tenant had not breached the lease by failing to pay property taxes on September 1. The Court essentially held that (1)”[a]An additional principle of contract interpretation is that “the parties are generally presumed to take into account all existing laws when entering into a contract”, which means that the language of NCGS 105-360 that taxes are “payable at par or face amount if paid before January 6 following the due date” is infused into and forms part of the terms of the lease, and (2) accepting the landlord’s position and demanding payment on the 1st September would mean that the tenant “could only fulfill his obligation by paying the property taxes on, and only on, September 1st“, which “is an absurd and hyper-technical construction of North Carolina’s lease and property tax law”.

The Court did not address the course of landlord-tenant relations, in terms of its impact on lease construction.

It appears to us that this dispute was not about property taxes, but rather about an effort on the part of the landlord to end the term of the lease on whatever basis he could reasonably find. And that’s not unusual, provided there’s an actual defect. It turns out that here the payment of property taxes was not such a defect.

How to lower your property taxes