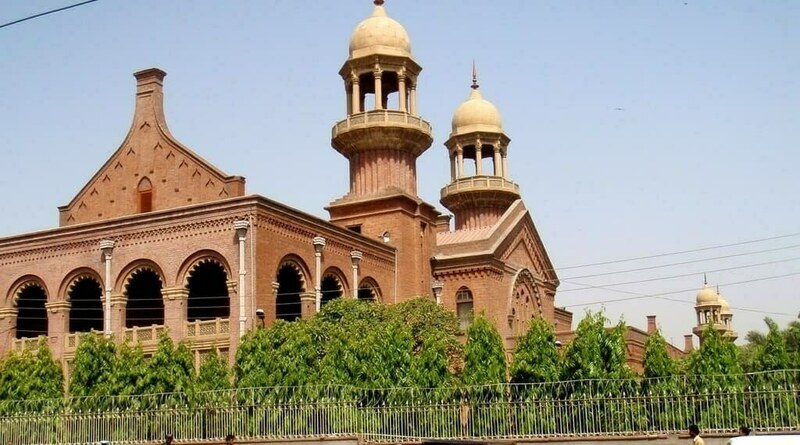 ISLAMABAD: The Lahore High Court (LHC) has ordered the Chairman of the Federal Board of Revenue (FBR) and the Federal Secretary of the Ministry of Law and Justice to appear before it tomorrow (17-11-2022) to address the difficulties and assisting the Court on the rationale for the omission of Section 7 of the Finance Act 1989, after the 18th Amendment and the taxation of immovable property as deemed income, and entry 47, at place of entry 50 of the 4th schedule of the Constitution.

Judge Shahid Jamil Khan, who heard the case, noted that the Wealth Tax Act 1963, which determined the legislative jurisdiction of entry 50, had been repealed earlier, without any apparent logic, where the tax criterion was the annual rental value, having a rational basis, while the fair market value is speculative.

The LHC Single Member Bench has adjourned the case for further argument on the matter and related petitions until today (16-11-2022). During the proceedings, Additional Attorney General Mirza Nasar Ahmed adopted the arguments of Khalid Ishaq, who appeared on behalf of the respondent/the FBR.

Without prejudice to the arguments on the side of the respondents, he argued that on reading section 7E, disregarding the phrase to presume income, the incidence of tax is the value of real property, that is i.e. five percent of the fair market value of the fixed assets.

He also referred to Khalid Ishaq’s arguments that jurisdiction can be derived from different entries and two different taxes can be imposed in one law. He further argued that, based on the interpretive principle that the Court should endeavor to save the legislation, the impugned provision can be read down to bring it into line with the jurisdiction available under the entry 50.

He reiterated that the actual incidence of taxation is five percent of the fair market value of the fixed assets and does not consider the income to arise from the jurisdiction of entry 47. He argued that jurisdiction is available in under entry 50, which allows taxation of the capital value of assets and term assets include real property.

The court recognized that by reading the determining sentence of paragraph (2) of Article 7E, the criterion for determining the value of an immovable property would be the market value, which is speculative in nature, in particular when the value of the assets as declared under section 116 by the taxpayer is accepted.

In the view of this Court, the statement under Section 116 becomes part of the deemed assessment order under Section 120. Justice Shahid said that if the AAG’s arguments are accepted, the court must, after reading the deeming provision, consider the conflict between Sections 116 and 7E.

The judge said the court was unconvinced by arguments that it was a procedural matter that could not be considered. If this Court tries to reconcile the two sections, the fair market value test being speculative and in conflict with the declaration accepted under section 116 will be an obstacle.

He further stated that if this Court ultimately attempted to reduce the number of clauses in Section 7E, it would amount to rewriting the impugned provision. Immovable property was taxed under Section 7 of the Finance Act 1989, which was included in fixed assets for tax purposes. The value of the real estate, as declared in the statement of assets under article 116, was accepted for taxation.

Thereupon, Tahir Mehmood Butt, counsel for the claimants, argued, without prejudice to the challenge of the vires, that the disputed Section 7E legislation is hastily and absent any property determination procedure real estate. He further stated that the link of the procedure was provided on 12-10-2022 and so far around 12,000 declarations have already been filed. He argued that there is still confusion regarding the levying of tax under the impugned provision.