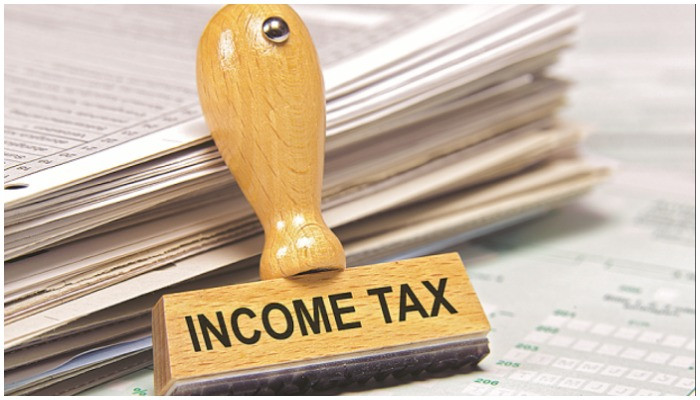 ISLAMABAD: Over 100 Members of Parliament do not pay income tax or are not registered with the Federal Board of Revenue (FBR), The news reported Thursday.

Out of 1,170 MPs, 161 are breaking tax laws because they have not paid their due income taxes or have not filed any income tax returns. Therefore, they owe assets worth Rs35 billion. Some of these MPs are not even registered with the tax authorities, official documents suggest.

Geo News found during a review of official documents that at least 103 MPs have collective assets worth Rs 8 billion, but do not actively pay their taxes, while a few dozen are not registered in as FBR taxpayers.

No less than 76 of these 103 deputies come from major political parties and two hold a ministerial portfolio in the federal cabinet.

Official records show that these deputies are on the â€œlist of inactive taxpayersâ€. Four MPs, who are not active taxpayers, have bought properties collectively worth millions of dollars in Dubai, Norway and London over the past decade.

About ten of them had declared companies, namely construction companies, petrol pumps, etc. in the country.

The tax directory of parliamentarians for the 2018 financial year did not contain a tax file of approximately 323 of the 1,170 deputies in total. According to the FBR directory, up to 847 MPs collectively paid around 1.6 billion rupees in taxes for the year 2018-19. The directory contains tax identification information for a total of 1,008 MPs, while the tax columns for 161 MPs were left blank and some names were missing from this important official document.

The federal government has not yet published the Tax Directory of Members of Parliament for the years 2019-2020 and 2020-2021. The revelations came at a time when tax authorities have launched a campaign to strengthen the tax net, urging citizens to share information about assets held in Pakistan or abroad.

More than 30 female parliamentarians have financial assets primarily related to their millionaire husbands. They are not filers and are not even registered as taxpayers with the RBF. Almost three dozen MPs have assets worth over Rs 100 million each. Up to 12 MPs currently have assets of over Rs 500 million each. But these MPs are not active taxpayers.

Tax experts say the amount of income tax used to create these assets estimated at Rs8 billion must be in the millions. They believe that taxes between Rs800 million and Rs1 billion could be generated by the authorities over the past three years.

The tax assessment suggested that if a person earning an annual taxable income of more than Rs 40,000 (Rs 600,000 in the case of salaried persons) is expected to file a section 114 tax return, read with the First Schedule of the Income Tax Ordinance, 2001.

Failure to file the declaration and declaration of assets is a violation of Articles 114 and 116. Article 114 also stipulates the obligation to file a declaration for various other criteria, even if an individual owns 500 real estate. SQY or a motor vehicle with an engine capacity. above 1000CC among others.

It seems the RBF has turned a blind eye to tax evasion by MPs. Despite repeated requests for their comments from Geo News, the FBR has chosen to remain silent on the matter. This correspondent made repeated requests via emails, WhatsApp and SMS to the spokesperson for the FBR who said, “We are prohibited by privacy laws.”

When asked why there were no tax details on a quarter of the total number of MPs, the spokesperson said: “There can be any reason why each individual’s case will have to be verified, which is not necessary. “

The FBR also did not accommodate the multiple requests filed under RTI laws by this correspondent and did not respond to the order of the Pakistan Information Commission.

Ashfaq Tola, a tax expert, said: â€œThe Income Tax Ordinance mentions sanctions against MPs who are not registered with the RBF; he must prosecute these deputies in order not to be registered and to be declarers. ”

Tax authorities could warn these deputies under Article 111 of the income tax ordinance, Tola said.

These 5 cash transactions may attract the attention of IT. Details here