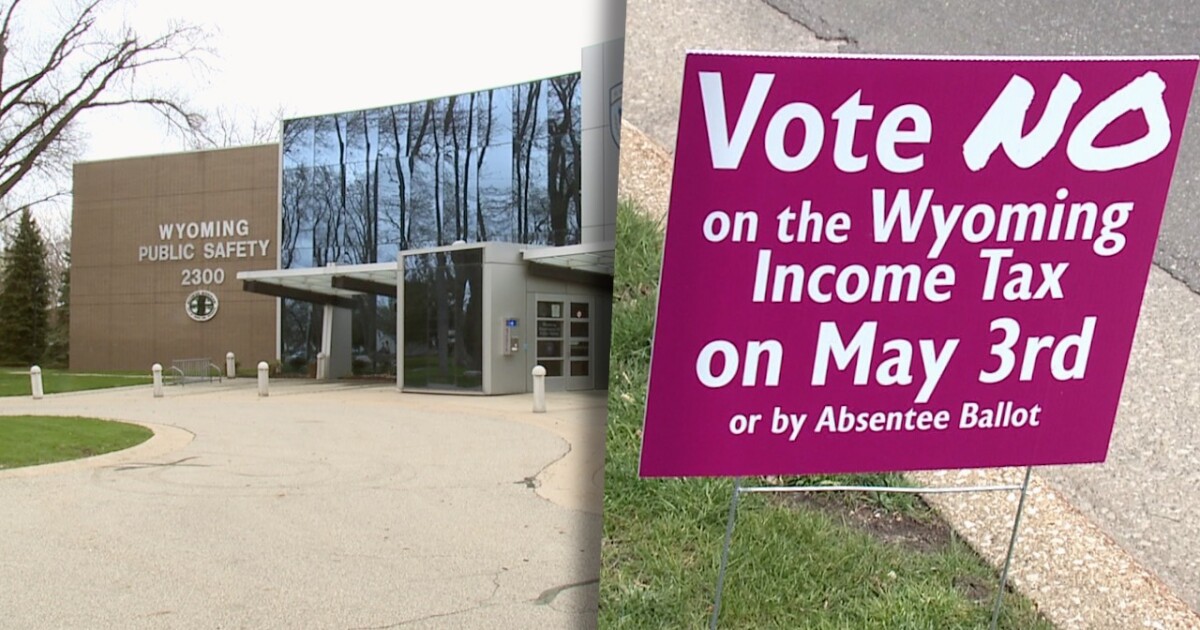 WYOMING, Mich. — Two ballot proposals failed Tuesday that would have cut property taxes and enacted a city income tax. Both proposals had to be approved for either to pass.

The first proposal would have reduced property taxes in the town, reducing their tax mill from 11.8 to 5 mills.

While voters approved this proposal, they voted against the second proposal.

This proposal would have enacted a municipal income tax – up to 1% income tax for residents and businesses and up to 0.5% for non-residents. This would have made Wyoming the third city in Kent County to implement an income tax, alongside Grand Rapids and Walker.

Neither proposal will enter into force.

“It was basically about changing our tax system to one that combines property tax and income tax,” said Wyoming City Manager Curtis Holt.

“We can’t reduce the mileage without finding another source of revenue, which is why they were put together the way they were.”

The city has struggled to meet the demands of its police and fire departments in recent years as calls for service continue to rise.

The increased tax revenue would have allowed the city to add 27 full-time firefighters and hire 13 additional patrollers.

“We know our residents expect us to answer their calls, and there are times when we just can’t reach them because they’re not a priority,” Holt said Wednesday.

“Currently, we are very dependent on other communities around us to support our fire department. It’s unfair to those communities because they pay taxes in their communities.”

Holt says the city of Wyoming has seen more incidents of gun violence in the past three years than in the previous 10 combined.

“I know there are people who say, ‘We’ve got this money or that money,’ and I would invite them to discuss that, because I think they don’t properly represent the finances of the city of Wyoming,” he added.

Joshua Lunger, senior director of government affairs at the Grand Rapids Chamber, previously expressed concern on the passing proposals, and the potential effect they might have on western Michigan.

As the number of people living and working in Wyoming continues to grow, Holt says the city will find other ways to accommodate its residents.

And of course, the Wyoming City Council can always reintroduce the proposals in subsequent elections.

“Next is potentially November, if they choose to do something then, but again the lawyer will have to make that decision.”

Property tax assessments for the Natrona County Mail Wednesday; valuations up around 15%