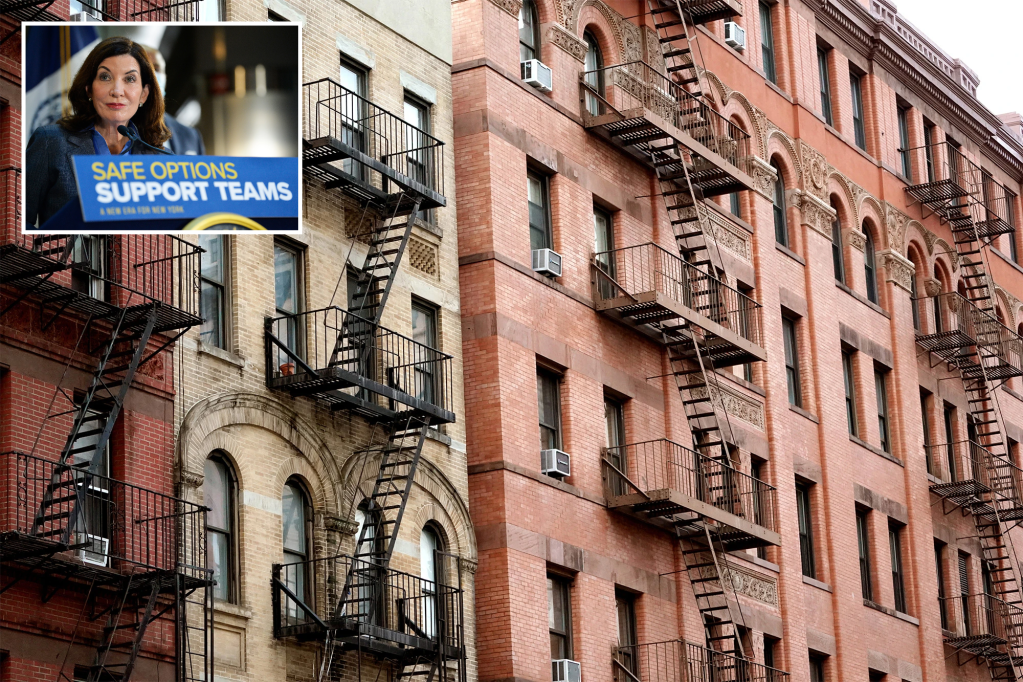 The New York City Advisory Commission on Property Tax Reform released its final report last week, just before Blasio’s administration left. Although we have been critical of this process for more than five years of pushing for reforms, we have to admit: we are impressed.

The panel, jointly created by the mayor and city council, proposed smart and substantial steps to make the system more fair and transparent, as well as guarantees and financial relief to ensure that the changes do not cause undue hardship.

The hard part is over. Now comes the really hard part: getting there.

We are ready to do the right thing. But almost all of these critical changes have to be made by the governor and the legislature.

Governor Hochul’s $ 1 billion property tax cut, mostly for low-income families and the elderly, could at least be an implicit recognition that the problem must be addressed. But those refund checks won’t solve the complicated mess that is our property tax system. Albany must make real reform a priority in 2022.

This is the fifth editorial we’ve written on this topic in three years, and the case for comprehensive reform has only grown stronger. New York is reeling from a pandemic that has taken its toll on our economy and our lives. Yet, as most tax revenues fell sharply during the recent recession, property tax bills continued to climb. In 2008, when income taxes and property transfers peaked in Gotham, property taxes accounted for 35% of the city’s tax revenue. Today, they represent almost half of it.

The problem is, our city’s property tax system is fundamentally unfair and willfully opaque. To determine the levy, the Ministry of Finance calculates the market value of all real estate in the city, takes a fraction of that number to establish the assessed value, and then multiplies it by an average tax rate. A state law capping the annual increase at 2% does not apply to New York City, which is why, in part, our levy has increased by about 75% in a decade, or more than four times the rate of inflation.

Another law requires that the levy be distributed proportionately among the four classes of property taxes, which are each assessed and imposed at different rates, with various exemptions. And the proportion – or “class share” – changes with each year’s budget, making next year’s taxes impossible to predict.

Common sense dictates that homes with the same market value in the same property class have the same property tax bill. That’s far from being the case. One of the main reasons is that another state law caps the amount of individual property assessments that can increase by 6% each year, or 20% over five years.

In theory, this should protect homeowners from a rapid tax increase. In practice, it has artificially reduced the tax bill for high priced homes in boiling real estate markets, while the tax bill for moderately priced homes continues to rise steadily. That’s why our ex-mayor pays around $ 4,000 in property taxes on his Park Slope home valued at nearly $ 1.6 million, while a home on the north coast of Staten Island valued at $ 700,000. is assessed $ 6,500 in property taxes.

Another cause of unfairness is another state law requiring condos and co-ops to be valued as income-generating properties, rather than on the basis of comparable sales. This is particularly problematic in Manhattan, where the values â€‹â€‹of luxury condos are often determined by comps to rent-stabilized apartments nearby. This illogical methodology leads to the undervaluation of many homes and explains why the median effective tax rate – taxes paid per $ 100 of market value – in Manhattan is only $ 0.45, less than half of the ETR in Staten Island ($ 0.97) and the Bronx ($ 0.91).

And because the municipal tax is based on the total market value of real estate, the owners of these outlying neighborhoods of the popular and middle classes subsidize the property taxes of the richest.

Some of the commission’s recommendations might help. Removing the assessment cap would redistribute property tax payable between the posh brownstones of the Upper West Side and the modest homes of Tottenville and Bensonhurst. The commission is also urging to expand Class 1 properties to a new â€œresidential classâ€ that would include one to three family homes, co-ops, condos, and four to 10 unit rental properties and using a methodology based on sales – not rental income – to enhance them.

The commission also suggests ending â€œfractional appraisalsâ€ and instead calculating property taxes by multiplying a new lower tax rate by the full market value and fixing the class shares rather than changing them each year. This would make tax bills easier to understand and more predictable.

And to ease the transition, the commission is proposing financial guarantees such as the phased introduction over five years of market value changes, a home ownership exemption for owner-occupied homes, and “circuit breakers” to help ease the burden on homeowners. tax increases for low-income people. families and the elderly.

None of these solutions are perfect, but let’s not let the perfect be the enemy of the good.

The New York City Advisory Commission on Property Tax Reform has done its job. Now is the time for the Legislative Assembly and the Governor to do theirs.