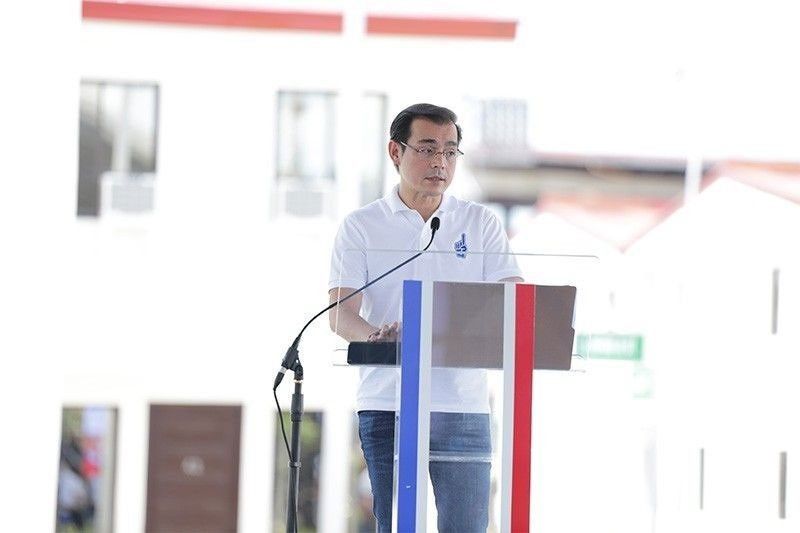 MANILA, Philippines — Aksyon Demokratiko flag bearer Isko Moreno has said the 203 billion peso inheritance tax owed by the Marcos family could feed 59.7 million Filipinos daily with rice for a year if the Bureau of Internal Revenue was able to collect it.

The mayor of the city of Manila made the statement when asked for his reaction to the videos of Ferdinand Marcos Jr. – whose father was ousted and died in 1989 – walked away from journalists when their non-payment property tax of 203 billion pesos was mentioned.

To date, the Marcos family has not paid their inheritance tax despite a 1997 Supreme Court ruling ordering the Marcos to pay a tax debt of 23.29 billion pesos. Retired Supreme Court Justice Antonio Carpio said penalties over the decades Marcos’ heirs failed to pay the debt saw the amount soar to 203 billion pesos.

“When we charge the 203 billion pesos we can feed…it’s literally every day a Filipino eats two bags of rice in a year. So that means we can alleviate the hunger that people are experiencing with expensive products once they are given to the government,” Moreno told reporters in Sta. Rosa, Laguna.

“With your help, I will simply follow the law because it is final and binding,” the Supreme Court said. I’ll just take it, I’ll just fulfill the law, my duty will be distributed to the people for the benefit of the people.”

Moreno’s calculation was based on data from the Philippine Statistics Authority which said the per capita annual rice consumption among Filipinos is 103.25 kilograms, or just over two bags of rice, each bag containing 50 kilos.

As a reminder, Isko campaign strategist Lito Banayo on Tuesday called on Finance Secretary Carlos Dominguez to order the BIR to immediately collect the P203-B Marcos debt and use it as cash assistance to workers who lost. their jobs, as well as to the jeepney drivers who have been bearing the brunt of ever-rising fuel prices.

“The aid that will be given is good at P200 to P500 per month. But try to divide 203 billion pesos by 4.2 million Filipinos in the labor market who lost their jobs due to the pandemic. This would translate by an aid of 48,833.33 pesos for each of the 4.2 million workers and which would be equivalent to a monthly aid of 4,000 for each worker for 12 months,” Banayo pointed out.

No word from Marcos

The Marcos family inheritance tax has been harassing them for weeks now. The presidential bet, which rarely gives live interviews itself, has not yet spoken publicly about it.

In a chance interview at a Tagaytay hotel while wooing Cavite voters on Tuesday, Marcos met with reporters and xx made his statement about the PDP-Laban endorsement he won that day.

When asked by a reporter if he had even paid his family’s estate tax, Marcos looked away, laughed, and walked away.

Seeking a reaction from reporters, Moreno said he was puzzled as to why Marcos Jr. dodged and refused to answer property tax questions, as ordered by the Supreme Court, considering that ‘As a candidate for the highest position in the country, he expected Marcos Jr. to set a good example and be a role model for all Filipinos.

“Well, I don’t know why [he dodges those questions.] Honestly, it should be easy because you just inherited it. Maybe it’s not wrong for you to reduce what you inherited that you didn’t work hard for, especially if we are going to serve the people and one of the obligations of the state is to collect the people’s taxes as I requested earlier. Hey, if ordinary people who pay taxes probably aspire, especially for the presidency, maybe it’s good for us to be an example of paying taxes and that’s really good here,” Moreno said.

He added, “For ordinary working people, paying taxes leaves a bitter taste in their mouths. Sometimes he doesn’t know where to go or whether the tax cost he worked so hard for will be corrected. Here the good thing about it is he didn’t struggle with it he just inherited it I hope he can realize that like he said if I borrow his own words said former senator Ferdinand Marcos Jr. what we need now people say is work hey if he pays the 203 billion pesos we can give them a lot of work.

Isko’s camp on the offensive against Marcos

A Supreme Court ruling has already addressed the 203 billion peso property tax the Marcos family owes to the national government.

Moreno also said that if he becomes president, he will collect the debt from Marcos and use it as aid or cash assistance to Filipinos affected by the COVID-19 pandemic.

Banayo said collecting the huge debt could be President Rodrigo Duterte’s legacy, especially now that he himself has admitted the government is struggling to seek funds even to help the transport sector.

Banayo said there are also different ways to collect the huge debt, despite the delaying tactics employed by the Marcoses which caused the original liability to rise from 23 billion pesos in 1997 to 203 billion pesos.

He pointed to paintings by great Impressionists like Pablo Picasso, Claude Monet and Alfred Sisley, among others that Imelda Marcos collected with taxpayers’ money.

Moreno said earlier that if he became president he would sell Imelda Marcos’ huge collection of ill-gotten jewelry as the government tried to collect the 203 billion pesos the family owed the state.

Based on reports submitted by Christie’s and Sotheby’s in November 2015, the huge collection of ill-gotten jewelry seized from the Marcos and stored in a safe at the BSP for nearly three decades equates to a conservative estimate of at least $1 billion. of pesos.

The collection includes tiaras, necklaces, brooches, earrings, belts and other gemstones set with diamonds, as well as wristwatches for women and men such as Patek Philippe, Rolex and Cartier.

Some pieces came from international jewelers like Bulgari, Van Cleef and Arpels and Bucellatti. Among the most remarkable pieces, the 25-carat pink diamond, considered an extremely rare jewel.

“Fake news”: Marcos says on the issue of inheritance tax

In a forum last week, Marcos said “fake news” had been mixed in the estate tax case, but he did not specify which was fake news.

Instead, he chose to distance himself and said “let’s leave it up to the lawyers to discuss this because the so-called facts they cite are not facts at all”, during a forum more early this week.

“It’s just presumptions, they don’t know about the cases or they choose not to know about the case, so yes, it’s in court… In my case, whatever the court orders me to do, I will do it,” he said. added. – Franco Luna with reporting by Kristine Joy Patag