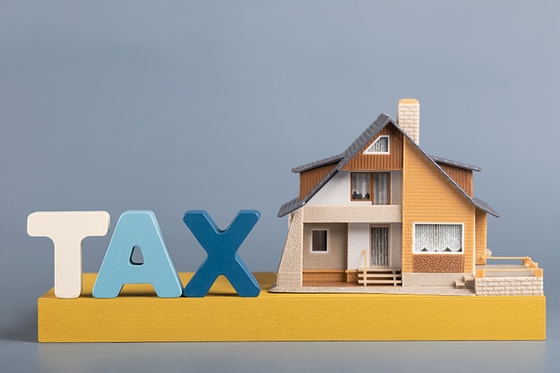 The land tax pilot project has been further accelerated. Policymakers demanded the active and prudent implementation of property tax legislation and reform, and that the pilot work be done properly. On October 23, the Standing Committee of the National People’s Congress (NPC) approved a decision authorizing the State Council to conduct a five-year land tax reform pilot project in some regions. A comprehensive plan for property tax is expected to be announced soon. The pilot is an important part of promoting property tax in a holistic manner and given its complexity and sensitivity, the decision to carry out the pilots immediately is both necessary and correct.

A property tax will help curb speculative behavior and the consumption of luxury housing, regulate national income and promote common prosperity. Over the years, however, it has gained attention and sparked controversy, as it is not only directly related to local finances, but also concerns the interests of every citizen. It is quite normal that different regions and different groups have different views on property tax given their own interests and perspectives. Now the focus is no longer on whether these pilots should be launched, but rather on how to do them properly. The key is to seek the greatest common ground of all parties and help build consensus to create a stable environment for reform. Therefore, it is crucial to strengthen expectation management and guide expectations for the implementation of property tax pilots. The essential goal of managing expectations is to maximize predictability. Much depends on a clear path designed by top leadership and clear policy goals from governments at all levels, as well as transparency in legislation and policy making.

China should continually summarize the gains and losses of these pilot projects and gradually extend the reform to the whole country, which is the basic experience gained from reform and opening up. A few months ago, the Ministry of Finance (MOF) and other relevant departments hosted a symposium with local governments, experts and academics, demonstrating China’s initial efforts to pool ideas for the pilot. . Questions of particular concern shared by all sectors of society – which cities will be designated as pilot cities and issues surrounding property tax rules and models – will be progressively clarified in pilot measures and local implementation rules. .

It should be noted that the following five years will be rich in uncertain elements, which not only underline the importance of managing expectations but also reveal the difficulty of such management. The Chinese economy faces many internal and external risks and the real estate sector is going through difficult changes. According to the policy that â€œhouses are made to live in, not for speculationâ€, the real estate sector is no longer a tool for short-term economic stimulus. Therefore, the market should avoid drastic fluctuations. However, as the real estate market has experienced uneven development in recent years, the situation is serious and regional differentiation has worsened further. In this context, the property tax pilot project will undoubtedly face many obstacles and difficulties, and regularly promoting the project and bringing stable expectations to the public will become a serious challenge for the pilot cities.

Scientific models and procedures of tax management are the prerequisites for the success of land tax pilot projects. The pilot project has many important parts, for example, how to set the threshold for property tax, whether it will be set on the basis of area owned or other criteria; how to define different types of property taxes according to different family structures and categories of property. “Directing the rational consumption of housing and the economic and intensive use of land resources” is one of the objectives of the property tax, which means that the property tax should target those who invest or even speculate in housing, instead of those who simply use their house to live. Another notable problem is that there are already a number of taxes relating to real estate which constitute a significant part of tax and tax revenues. Once the implementation of the property tax has started, the adjustment of these taxes and fees should also be put on the agenda. While increasing total tax revenues, tax justice must also be respected. In addition, major reforms should be implemented on a legal basis to ensure that legislation and pilot projects work in parallel. The principles of scientific legislation and democratic legislation must be followed. â€œMaking laws on timeâ€ is not only a requirement when empowering the AFN Standing Committee, but also an effective measure to stabilize public expectations.

Pilot cities should also avoid setting unrealistic expectations for officials and the public. Getting property tax to replace property finance and the main tax of local taxes is the practical reason many officials and academics suggest a levy on property tax. Many people expect property tax to become the primary source of revenue for city and county governments, while many local governments also place high hopes on it. However, how the property tax will affect local finances depends on local economic development and the real estate market, as well as the specific design and collection of taxes. Real estate varies widely in different regions of China. In eastern cities with large volumes of housing and high prices, the property tax may bring some increases to local finances, but this may not be the case in central, western regions. and the northeast. Some local authorities may be reluctant to pilot projects because of concerns about the local real estate market, which should be taken into account in the reform.

In particular, it should be noted that property tax may have some impact on house prices, but looking at the experience of other countries, the impact will not be very significant. Housing prices are, after all, determined by supply and demand. Some people have unrealistic expectations about the effects the property tax will have on lowering house prices and closing the gap between the rich and the poor. These illusions must be gradually corrected by pilot projects.

In short, to properly manage the expectations of property tax pilots, the interests of all parties must be balanced, channels for all groups to voice reasonable appeals must be available, and citizens’ right to be heard. informed must be respected. The voice of the public will not necessarily lead to a public outcry, and various demands may be brought to the legislative and policy-making process in an orderly manner, in accordance with the law. Enabling the masses to participate in legislation and policy making is part of science, democracy, and law-based policymaking, and it is the epitome of building a country under authority. of the law. Therefore, during the reform of the property tax, the principle of publicity and transparency must be implemented in the links including the collection and use of the property tax, as well as in the evaluation of the effect of pilot projects.

There are still many issues regarding property tax that need to be discussed. Ten years ago, Shanghai and Chongqing piloted a â€œproperty taxâ€. The ongoing property tax reform has been given a pilot period of five years, which shows the deliberate attitude of policy makers to the reform, and also reflects the complexity and difficulty of this issue. Five years is neither too long nor too short. Only by reasonably guiding the expectations of a pilot property tax reform will we be able to ensure that the pilot projects run smoothly and achieve their goal of “guiding rational housing consumption and utilization. economic and intensive land resources and facilitate the stable and healthy development of the country’s real estate market. “

To download our app for getting late-breaking alerts and reading news on the go.

To have our free weekly newsletter must read.

Analysis of the SC Decision on Section 14A of the Income Tax Act, Invoking the Adam Smith Principle

Your Requests – Income Tax: The capital gain on the sale of an inherited property is subject to income tax