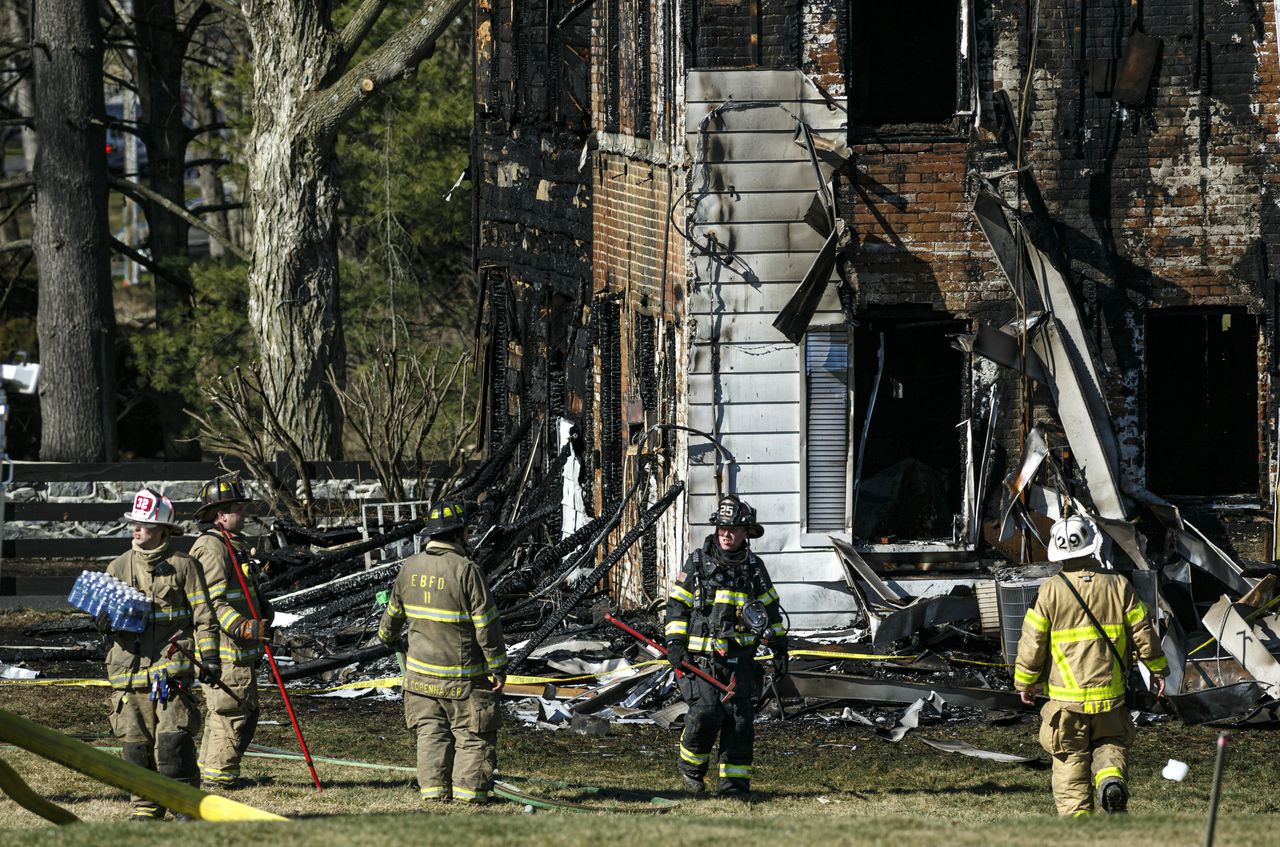 Cumberland to offer tax breaks to volunteer firefighters and paramedics

Firefighting in Cumberland County is still primarily a volunteer service, but community expressions of gratitude have become a little more tangible for some of those who answered the call.

The county just became the first in the state to offer annual credits of up to $250 on county property tax bills for active firefighters and EMS volunteers who are county residents, homeowners, and county-based business members in good standing. The order setting up the scheme was passed by county commissioners last week and will apply as a refund to this year’s tax bills.

The intent of the program is twofold: first, it’s a chance to “recognize the value and dedication” of the people who make emergency services work now; and going forward, commissioners hope tax credits will be another tool to retain first responders and attract new people to the field.

Commissioner Gary Eichelberger acknowledged Tuesday during a public rollout of the program at the Good Hope Fire Station in Hampden Township that the new credit is not a panacea to the long-term problem of declining ranks in the fire stations. But it is, he says, one of many steps elected officials and their communities can take to help.

“It’s a small step. But we need a lot of small steps to really tackle this downward trend,” Eichelberger said.

The emergency volunteer credits were originally passed by the Legislature and Gov. Tom Wolf in 2016 — covering municipal property and earned income taxes — and were expanded last year to include tax bills. county and school district land. Eight of Cumberland’s 33 municipalities already offer community tax credits to volunteers, including the townships of Hampden, Lower Allen, Upper Allen, Silver Spring and South Middleton and the boroughs of Carlisle, Lemoyne and Wormleysburg.

It’s that multiplier effect, said Robert Shively, director of the county’s Department of Public Safety, that really impacts volunteers and their families.

“Some municipalities offer both a real estate incentive and an earned income tax incentive, so now you go $250, (plus) $250, (plus) $250… You know, $750 is certainly very attractive, and has an impact” on volunteer retention, Shively said.

The county program is open to any firefighter or EMS volunteer who has served at least six months in a given tax year. Individuals must apply for the credits through the county, and they will be checked against membership lists provided by each of the eligible agencies. With proof of a paid tax bill, the county will issue a check to the applicant.

Credits are also available for people who were prevented from meeting the six-month requirement due to injury.

“This is a historic opportunity to recognize the value of our volunteer firefighters and paramedics,” said Jerry Ozog, executive director of the Pennsylvania Fire & Emergency Services Institute, adding that he hopes Cumberland will become the first of many others across the state do. .

Although the vast majority of firefighters in Cumberland are volunteers, most paramedics are paid. Even so, Duane Nieves, chairman of the Cumberland County EMS Council, noted that more than half of the county’s ambulance companies use volunteers, and it’s those extra hands that help them provide round-the-clock service to their communities.

Applications for the 2022 Volunteer Firefighter and EMS Tax Credit will be available in the coming weeks. Commissioners said they are planning an outreach campaign designed to share the application process at volunteer fire stations and EMS across the county.

Besides saving property taxes, what should be on your estate planning checklist? | Rivkin Radler LLP