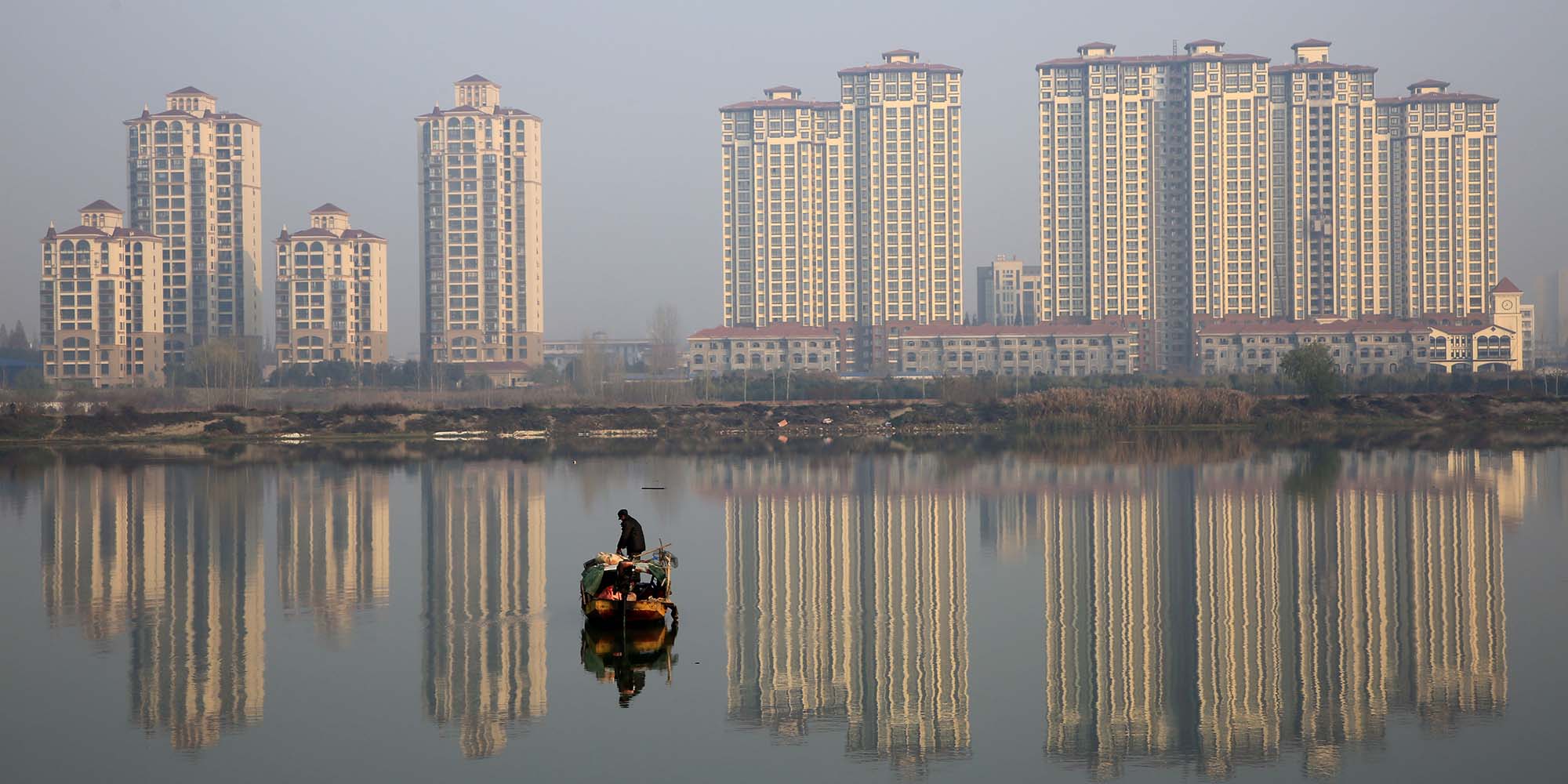 China’s national legislature on Saturday approved a land tax pilot project. The move is aimed at “advancing the stable and healthy development of the real estate sector,” the Standing Committee of the National People’s Congress said in a statement on Saturday.

The pilot project will be a step towards national property taxes. Until now, real estate was only taxed as part of an experiment in two cities, Shanghai and Chongqing. China’s central government has for years sought to deter speculation in homes, warning of economic risks as well as soaring prices that put homes in major cities out of reach for many middle-class households.

According to the National Bureau of Statistics, the average price of residential properties in the country reached a record high of 11,030 yuan ($ 1,728) per square meter in early 2021. In the “first rank” cities of Beijing, Shanghai, Guangzhou , and Shenzhen, China Evergrande Group estimated that prices quadrupled between 2009 and 2019, reaching nearly 54,000 yuan per square meter.

The tax will be limited to a group of pilot cities and will apply to both residential and non-residential properties, but not legally owned rural properties or residences, according to the announcement made by the highest legislature. Most of the details of the tax, including the rates, will be set later by the State Council, the Chinese Cabinet and local governments.

“Cities that will see their real estate prices increase by more than 5% year over year this year may be included in this plan,” said Lu Wenxi, chief analyst at the real estate agency. Shanghai Centaline.

The pilot project will last five years after the publication of the measures by the Council of State.

It is not clear whether ordinary owners will be taxed. Previous test measures in Shanghai and Chongqing have targeted the wealthy and owners of multiple homes. Shanghai collects property taxes from owners with secondary properties at an annual rate of 0.4% and 0.6% of the property price, depending on the size of the property, while Chongqing imposes taxes of 0.5% at 1.2% on luxury villas and apartments.

Lu said both cities continue to see real estate prices soar. â€œThis is because the taxes imposed are too moderate and they don’t impact a lot of people,â€ he told Sixth Tone. â€œThe experience of the two cities will serve as a benchmark when new rules are developed. The key questions are who should pay the tax and at what rate they will pay. “

The tax will make it more expensive for speculators to keep empty apartments, Lu said. â€œIf this tax is imposed on all homeowners, even those who only own one apartmentâ€¦ that will be another story – it will have a much greater impact than previous pilots, â€he added.

The announcement of the pilot comes amid a push for wealth redistribution as the country pursues “common prosperity.” Huang Zhonghua, a professor of real estate studies at East China Normal University, says a property tax could do more than income taxes to fight inequality.

â€œThe tax has the potential to close the wealth gap,â€ Huang told Sixth Tone in a previous interview. â€œThe wealth gap resulting from disparate ownership can be much larger than the income gap. Imposing a property tax is a good approach to work for common prosperity.

Property taxes could trap trusts favored by the rich