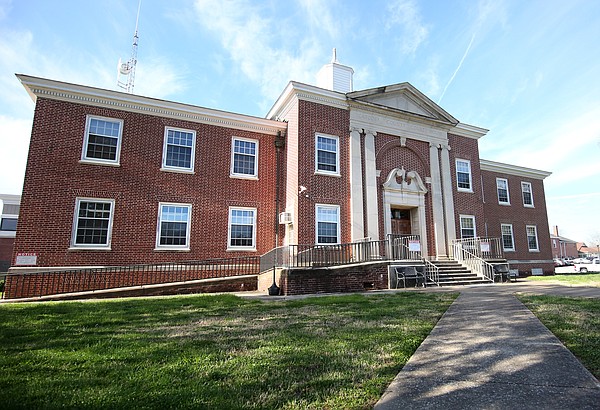 Through the end of September, county spending was $2 million under budget and the county has a revenue surplus of $3 million, Catoosa chief financial officer Rachel Clark said at the board meeting. board of county commissioners last week. This is after $5.5 million was added to the county’s rainy day fund, officially known as the capital fund.

“The main reason spending is so much lower than planned is due to staffing shortages/vacancies across the board,” county spokesman John Pless said in an email. “Specifically, in the county’s three largest departments (sheriff/jail, fire, and public works).”

The revenue surplus of $3 million is 5.5% above last year’s trend, Clark said. Pless said the majority of that is due to increased revenue from a 1% sales tax shared by Georgia counties and cities based on their population.

Passed in August, the council’s $36.5 million budget for fiscal year 2023 was 11% higher than the previous year’s budget, according to information provided by the county at the time. The increase was attributed to inflation, salary increases and increased spending on school safety, including the addition of armed school resource officers at all 18 schools in the county.

(LEARN MORE: Catoosa County, Georgia will add a School Resource Officer to all of its campuses)

Ringgold resident Jimmy Gray said he was surprised the budget surplus was never mentioned when the County Commission proposed the property tax hike. Commissioners need to cut their budgets, he said, rather than raise property taxes.

The commissioners passed the property tax increase at the same time as they approved the budget.

“I just couldn’t believe that in times of inflation like the one we have and rising interest rates and everything else, they would come up with a tax increase during this time,” Gray said.

Larry Black, chairman of the Board of Commissioners, could not be reached for comment by the deadline.

Gray was one of many Catoosa County residents to express frustration with the online surplus. Mario Fernandez said in a phone interview that the council was spending too much and voters needed to vote for better candidates.

Gray said he never attended a board of commissioners meeting until August, but said he decided to run against Vanita Hullander, his District Commissioner 3, in 2024 because she voted for the recent property tax increase. He runs a Facebook group called Drain the Creek, a reference to former President Donald Trump’s “drain the swamp” rhetoric.

Catoosa County District 3 covers a north-central portion of the county and includes the towns of Ringgold and Graysville.

Gray said he voted for Hullander in 2020, but added he was one of many people in Catoosa County who are “at their wit’s end.”

Part of his motivation to run for office was due to Trump and Tennessee Governor Bill Lee, another businessman who decided to run for office. Gray said he believes people with a background in business have the experience to solve problems — problems that politicians won’t solve.

He said he wanted to start his campaign early to gain traction and give voters time to learn his priorities.

“It (working for a loan company) gives me an edge in terms of what people go through every day,” he said.

Gray said several properties owned and maintained by the county need to be sold, and he thinks the county needs to downsize and better pay the remaining employees. Gray said that’s what his company has been doing recently.

Gray said he received his property tax bill for this year and the county portion increased by $126.

Hullander could not be reached for comment before the deadline.

In the budget hearings, the increase in the property tax rate was expected to add an additional $117.84 to the bill for a house with a market value of $175,000 and the homestead exemption. The proposed tax increase for non-family property of the same value would be $121.31.

In a follow-up email, Pless said the new property tax rate was in effect when the new fiscal year began Oct. 1 and property tax bills have already been sent by the tax commissioner.