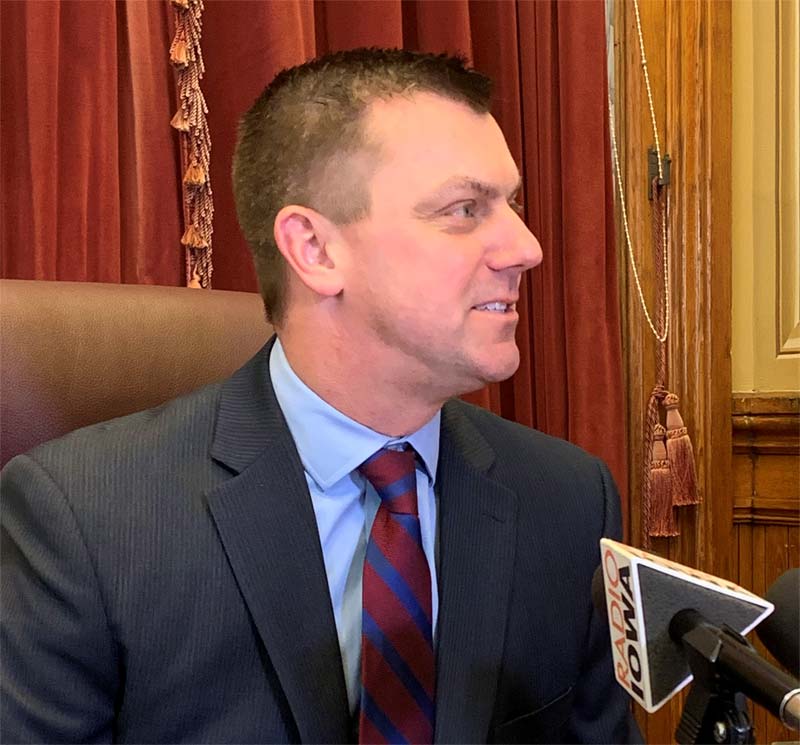 Tax negotiations among leading Republicans on the Iowa Capitol appear to have reached a final plan. Senate Majority Leader Jack Whitver spoke to Radio Iowa after meeting with fellow Republicans in the Senate early this morning.

“This is going to be a historic day here in the Iowa Senate and in Iowa in general,” Whitver told Radio Iowa. “We are about to pass the largest tax cut in state history. Glad to get an agreement with the Governor and the House to get this done and to deliver on a promise we made last year that when we have surplus revenue we will continue to cut taxes.

“We’re going to be at 3.9%, which of the states that have an income tax will be the fourth lowest in the entire nation,” Whitver told Radio Iowa. “It’s a huge improvement from eighth worst, where we started.”

“It’s kind of a compromise between what the governor planned on day one and what the House and Senate worked on,” Whitver told Radio Iowa, “so we’re going to continue, over time, to reduce the corporate rate as the governor said, but like the Senate and the House, we wanted to continue looking at some of the tax credits and the amount of checks we write to some of the larger entities in the State of Iowa, so we’re going to start reducing the refundability of those over the next five years and try to make the (corporate income tax) rate flatter and fairer for everyone, instead of simply excluding special interests.

The plan doesn’t eliminate tax credits, Whitver said, but in some cases it will reduce a company’s ability to use the credit to eliminate all of its tax debt and end up getting a refund check from the State.

“Starting this conversation about what we need to make our tax code look like in the long run,” Whitver said.

Last June, the governor signed a bill that reduced personal income tax, eliminated inheritance taxes and abolished a property tax. Senate Republicans estimated it would cut state tax revenue by $1 billion over eight years. Early estimates indicate that the plan to be voted on today will be much larger.

“That’s been a Senate Republican priority for the six years we’ve had a majority, to continue to reform taxes and make ourselves competitive,” Whitver said during the Radio Iowa interview. “When we pass this bill today, and I hope the House will do the same, Iowa will be one of the most tax-competitive states in the nation.”

On Tuesday evening, Governor Kim Reynolds is due to deliver the Republican response to President Biden’s State of the Union address. Action today on the tax front means she could brag about it in her remarks.

“Iowa has a great story over the past two years and we’re really excited for the governor to go out on the national stage and explain that story and that’s just part of it,” Whitver said. , “but that’s definitely a big part of it.

(This is a developing story; check back for updates)